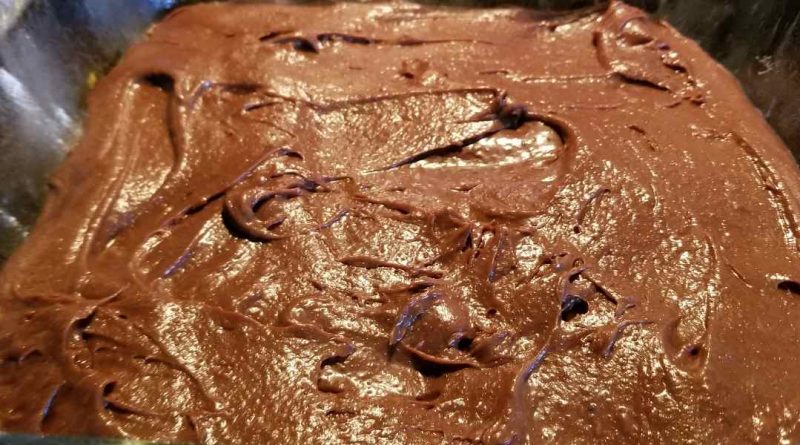 This great tasting hash brownie recipe using kief will create potent edibles. We’ll show you how to make tasty weed brownies and how to gauge potency.

This weed brownie recipe uses kief that is collected using the dry ice hash method, using cannabis trim and popcorn buds that are too wispy to bother trimming and smoking. Dry ice hash is a solventless way to extract the trichomes (the tiny circular gland heads which contain THC and other cannabinoids).

By removing the green plant material, these hash brownies are mild tasting without the “planty” flavor of weed brownies made with flower or trim.

We like to use cannabutter made with kief to cook brownies and other edibles because kief adds a lot less plant flavor to the cannabutter in the brownies than if straight plant material is used — this results in a better tasting pot brownie.

You can also make weed brownies using this recipe if you don’t have access to hash using cannabutter prepared with other forms of cannabis, including concentrates like butane hash oil (AKA BHO, shatter, wax, etc.), marijuana flowers or trim, or bubble hash.

To prepare these kief weed brownies you will need the following ingredients:

How to make hash brownies:

How to decarboxylate kief for your weed brownies

Making cannabutter using kief is very simple, but you should know a little bit about activating the THC via decarboxylation. You’ll need to gently heat the kief to decarboxylate it. Decarboxylation will activate the THC in a way that can be processed by your liver when you eat your pot brownies.

Marijuana flowers and extracts contain a cannabinoid known as THCA. THCA is not psychoactive; this is why eating raw weed flowers won’t get you high. When exposed to heat in the decarboxylation process, THCA will be converted into THC. THC is the cannabinoid in marijuana with the most psychoactive effects.

When smoked or vaporized, marijuana is instantly decarboxylated so THC is made available to your lungs. For edibles, you can easily decarboxylate marijuana, kief, hash, or other concentrates in your oven.

Place dry ice hash on a piece of parchment paper or aluminum foil (never use wax paper) on an oven-safe pan. Spread out the kief so there’s just a thin layer to ensure equal exposure to heat.

Bake kief at 250 degrees for 25-30 minutes. Kief will brown lightly and have a slightly toasted smell.

Since the THC in kief is fat soluble, you’ll need to melt your kief into butter. View a recipe to make cannabutter from dry ice hash

How to determine the amount of THC in weed brownies

How much hash should I use in brownies?

The potency of your weed brownies is determined by how pure your hash is.

Dry ice hash is typically extracted using bags with micron levels of 25, 73, 160, and 220. The smaller the number, the less plant material will be in the hash. Kief between 25 and 73 micron is great for smoking or pressing into rosin − save that to add to bowls or joints. Using 120 micron hash for pot brownies is a good choice because it’s a little less pure but still doesn’t have the greenish tint of plant material seen in 160 micron hash.  Less plant flavor is better when you’re making brownies or other edibles.

This weed brownie recipe uses 2 grams of 160 micron hash for each 8×8 pan. If you cut into 9 pieces, that’s .22 grams per brownie. We use hash kief from high quality strains that max out at 20-25% THC.  But since you’re extracting just the trichome heads, using lower THC strains (or even CBD strains) is ok since you will just be left with the kief.

The estimated potency of this 120 micron kief should be about 30-33%. Dry ice hash is made from a trim pile very heavy with sugar leaves and finely cut popcorn buds will have a good yield. You can also use dried chopped up buds over a screen such as on a trimming tray, scraping back and forth with a credit card or plastic drywall knife to extract the required kief.

If you’re trying to make this recipe using other extracts, you can adjust the amount based on the THC content.

How to determine the THC dosage for this brownie recipe

Since this hash brownie recipe uses 2 mg of 160 micron kief that has approximately 666 milligrams of THC, here is how you can determine the dosage per brownie:

Keep in mind that the actual potency of your brownies may vary based on the quality of the hash or concentrate used in your cannabutter. Under-decarboxylated hash will have less potency, as will hash made from less-than-top-quality weed or trim.

How much THC should a person consume?

Determining the effects of edibles such as weed brownies depends on several factors.

Newcomers to edibles should always err on the side of caution and start with just 10 mg THC. Even for frequent cannabis users it’s a good idea to take a half dose the first time you try your weed brownies, just in case they’re stronger than you planned. Aim for a dosage around 20-30 mg.  Dispensaries say to go with 10mg per serving, but most people I know find that far too low.

If you eat cannabis brownies on an empty stomach, the effects will hit you much faster. So plan to not eat for a few hours before or after to speed up the onset of the effects.  NEVER wait 20 minutes and say “I barely feel anything, I better eat another one.” Terrible idea.  If you are eating the brownies on a full stomach, it may take an hour or two to kick in and the full effects will peak slower since the speed of digestion is impacted.

Regular users of THC will have a higher tolerance. But don’t be a hardo. It’s a different kind of buzz. If you smoke too much in a sitting, it really isn’t a big deal. If you eat too many weed edibles, your world will collapse around you. Don’t overdo it. It’s probably best to try your first kief brownie in the comfort of your own home just to see how it affects you. Better to find you’re passing out within range of your couch vs. being in the middle of a crowded concert or sporting event or your kid’s dance recital.

How to store kief marijuana brownies

Your best bet to store marijuana brownies is to freeze them. Cut into serving-size pieces and seal in a ziplock bag. That way you can just pull out as much as is needed. They taste great frozen.  This recipe freezes so they’re soft enough to eat right away without thawing, but you can also microwave them for a few seconds to heat them up like fresh out of the oven.

Always clearly mark that the bag contains THC and the approximate dosage. KEEP OUT OF THE REACH OF CHILDREN! The biggest danger edibles pose is to be unwillingly eaten by children or pets. If you have kids, think twice about storing them anywhere that isn’t locked up away from prying hands and mouths. Be smart.

They sell locking pill bags on Amazon that are perfect to shield nosy children (but not dogs who will shred the bag and mow the whole stash). 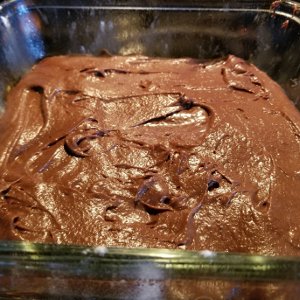 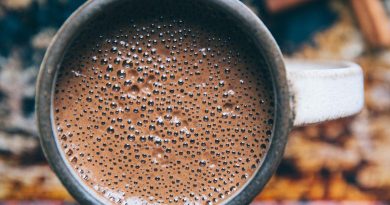 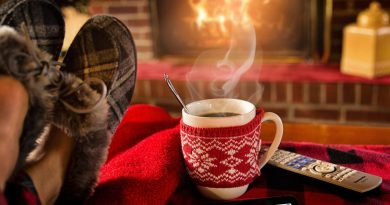 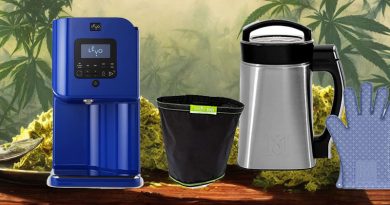 What is the best cannabis butter machine?

Learn how to build a DIY automatic watering system for grow tent or grow room setups using coco coir or soil. Learn to plan and assemble your coco drip system so that the water flows slowly and evenly to each of the plants. It’s easy to set up and worry-free.

These automatic watering system plans are for small grow tents and rooms with 2-6 plants.

November 16, 2017 happy-pot-farmer-420 Comments Off on How to reduce the noise from inline fans in marijuana grow rooms and tents
Grow Tents

How to make a grow tent intake filter

How to set up a closet to grow cannabis plants

January 27, 2023 happy-pot-farmer-420 Comments Off on How to set up a closet to grow cannabis plants

Learn how to set up a cannabis grow in a closet, including choosing the right location and getting the right equipment to grow killer weed!

November 16, 2017 happy-pot-farmer-420 Comments Off on When to harvest weed: the best time to harvest marijuana
Drying and Curing Featured Growing Weed 101 Harvesting

February 5, 2022 happy-pot-farmer-420 Comments Off on How to lower humidity in a grow tent
Growing Weed 101

January 2, 2018 Comments Off on How to make weed pancakes with Bisquick

September 23, 2021 Comments Off on Medicated honey recipe: how to make canna honey tincture